“So, what would a radically different law-driven consciousness look like? …
One in which Nature has rights … Yes, rivers, lakes … trees … animals.
How would such a posture in law affect a community’s view of itself?”
– Christopher Stone, American criminal justice expert

“[It is] to balance the rights of people against the rights of animals and the needs of an ecosystem.” Daniel Goleman to the Dalai Lama, 2018 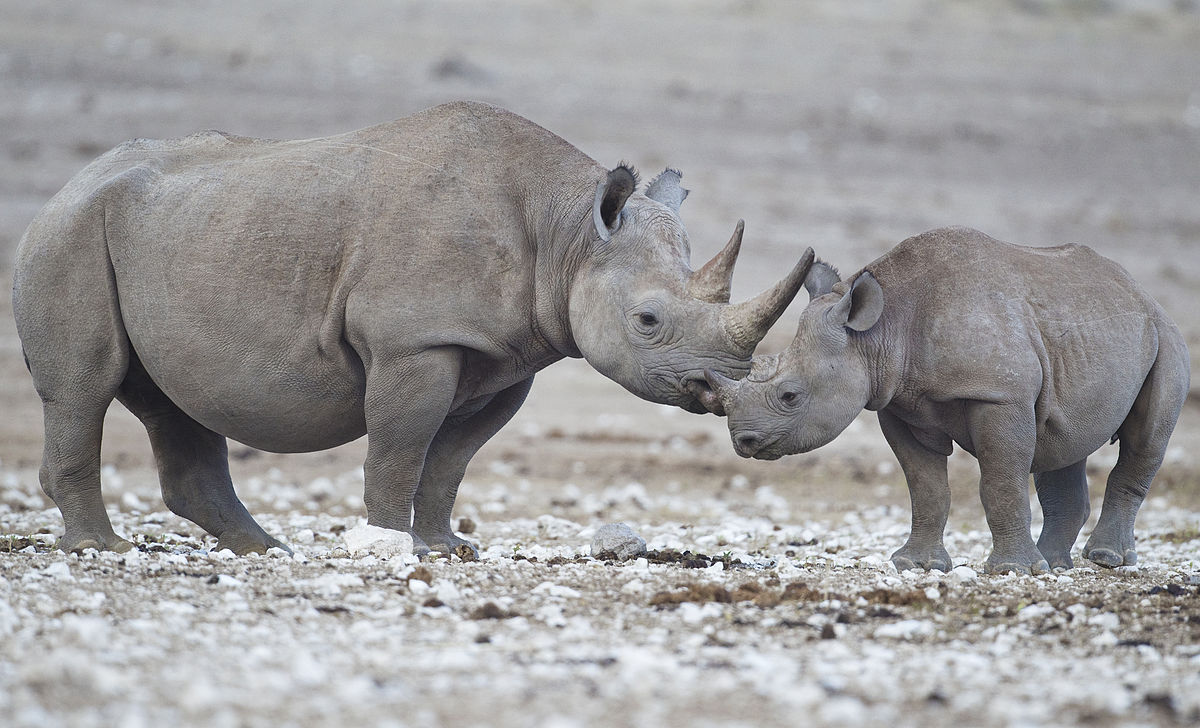 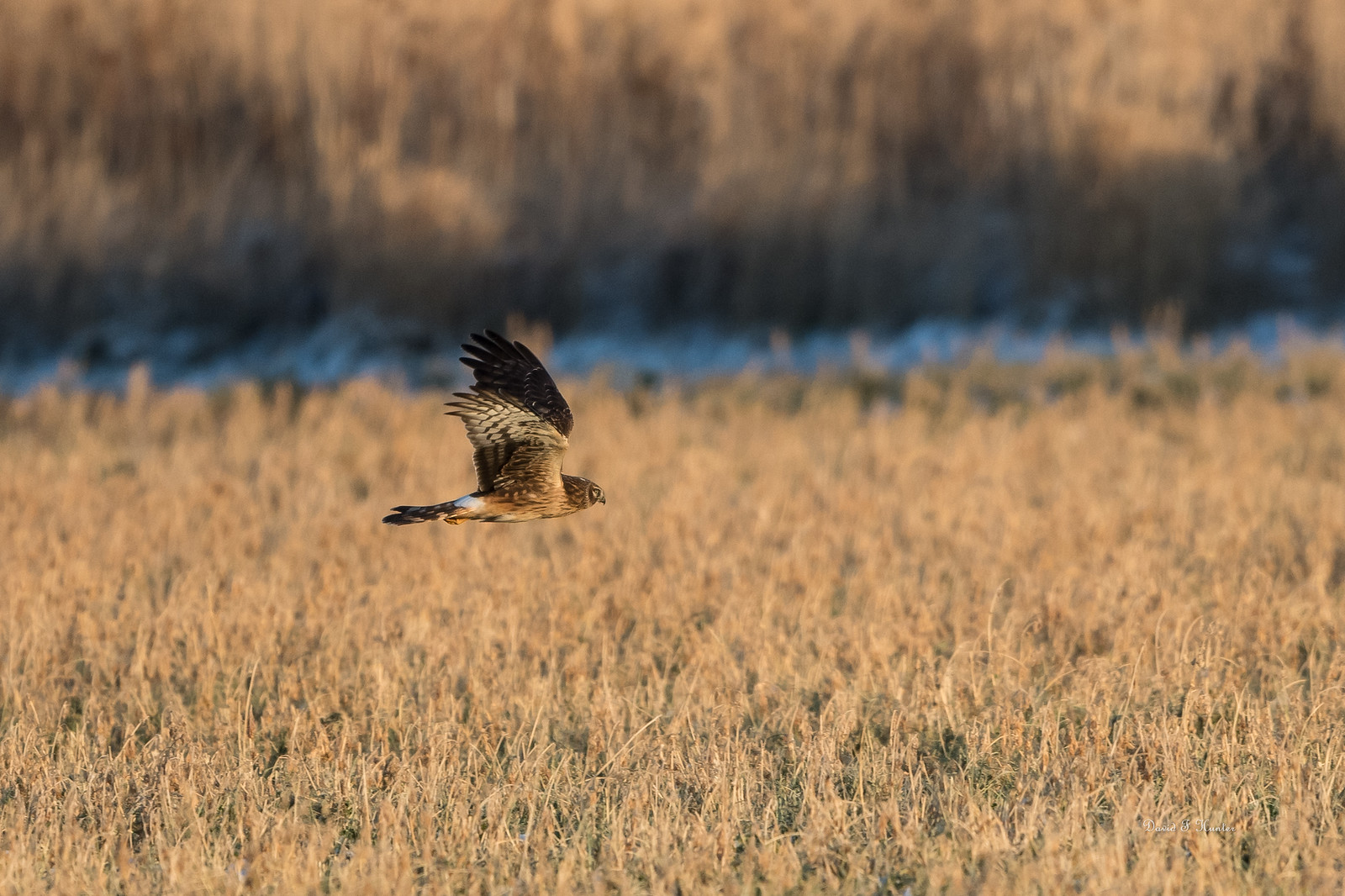 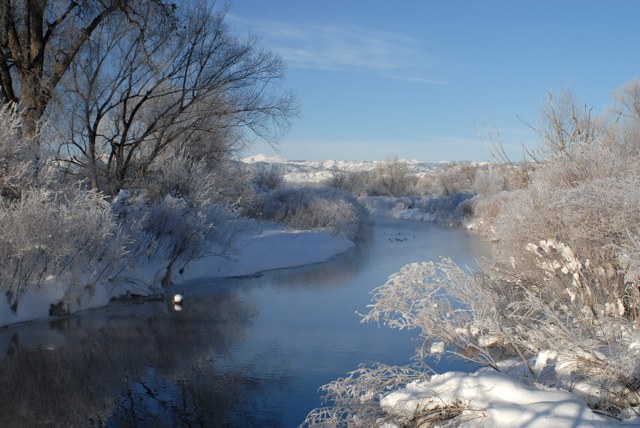 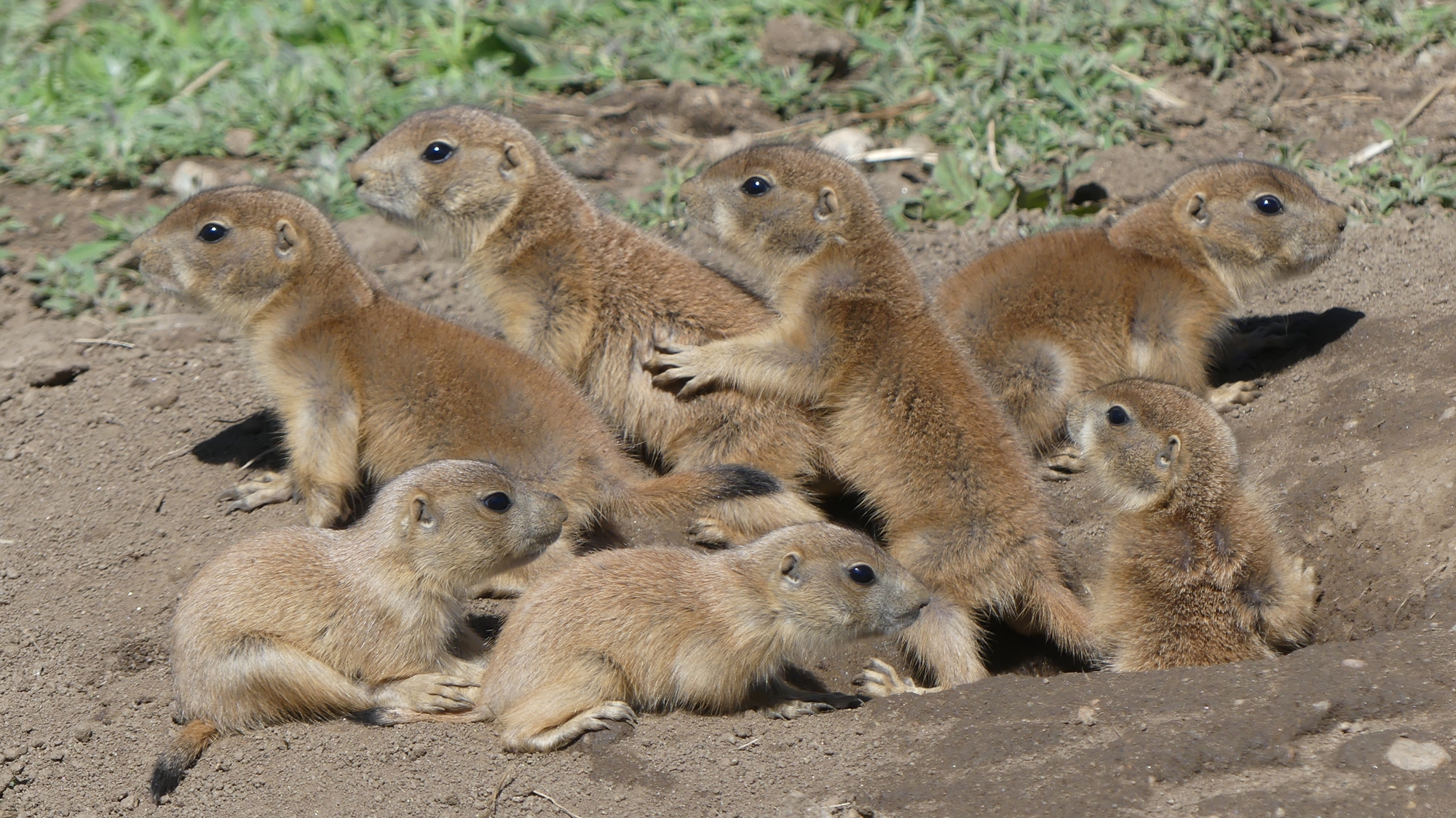 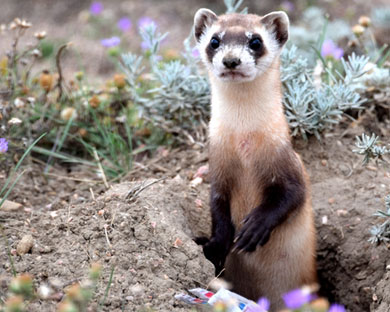 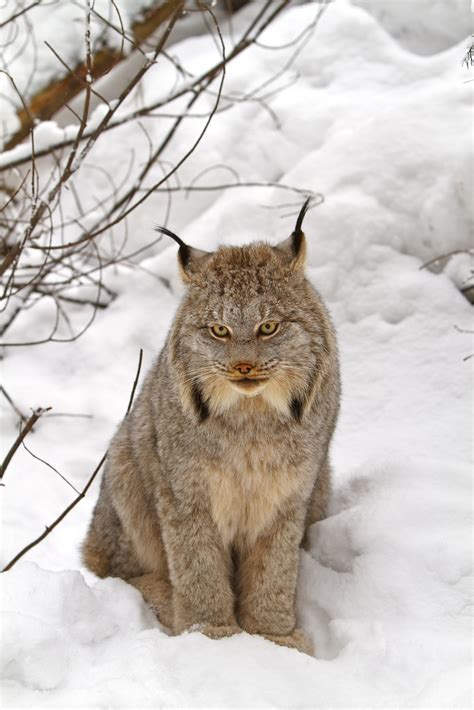 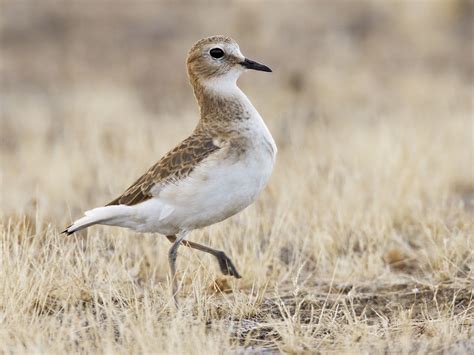 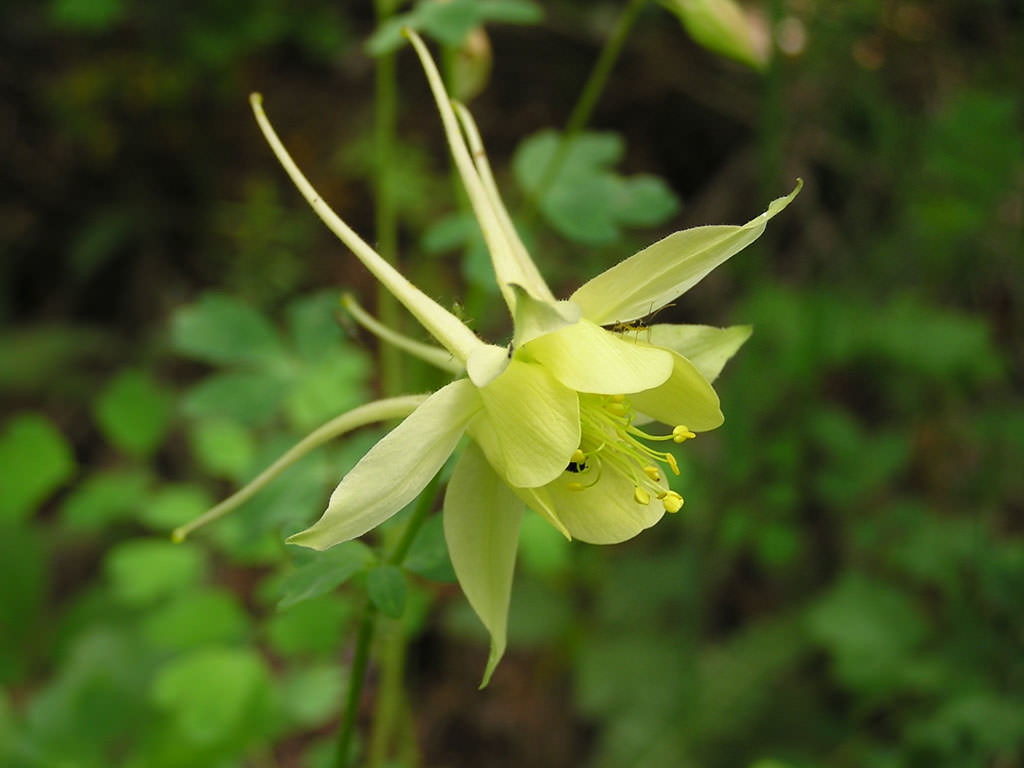 Golden Columbine
Perhaps surprisingly, many of our state wildflowers including some of the familiar columbines and penstemons are today rare, along with 3 of the wild milkweeds. The Rocky Mountain Columbine is the state flower. 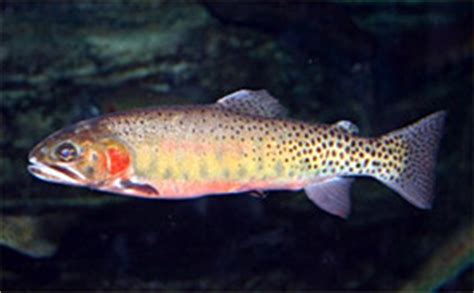 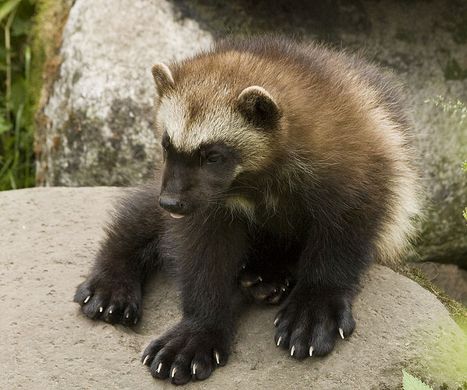 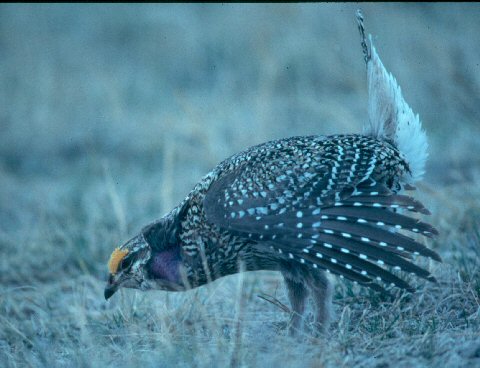 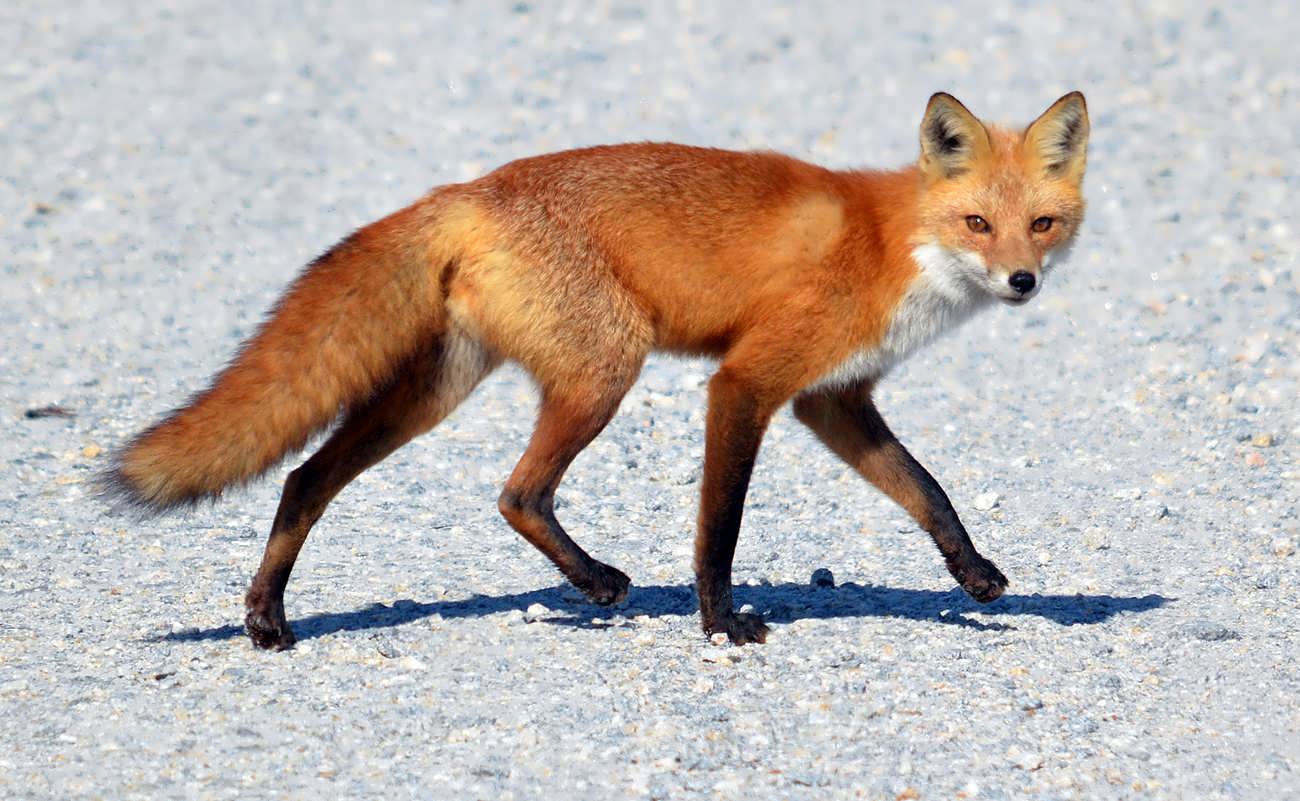 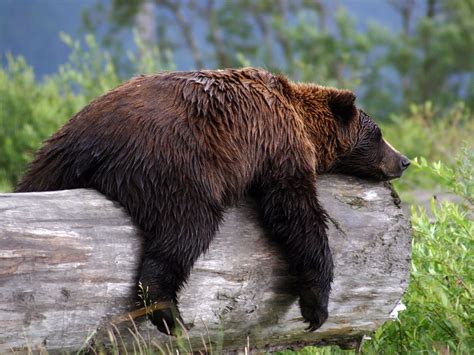 Grizzly Bear
Extirpated in Boulder County. About 1,500 grizzlies are left in the lower 48 states. Of these, about 800 live in Montana. 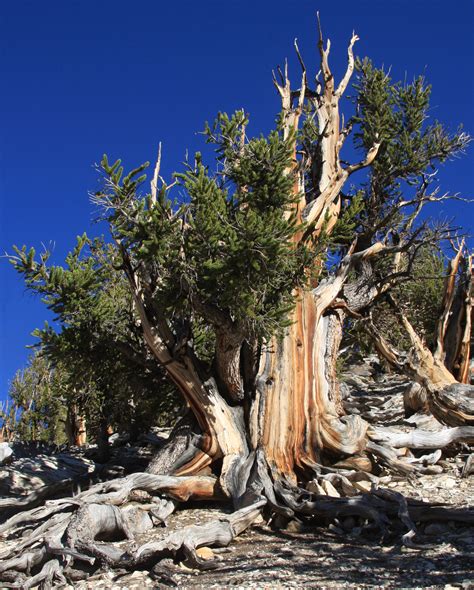 Bristlecone Pine
Grows in scattered subalpine groves at high altitude in arid regions of Colorado. It lives up to 3000 years. The species are on the International Union for Conservation of Nature (IUCN) Red List. 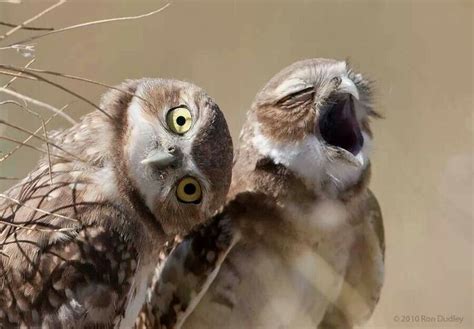 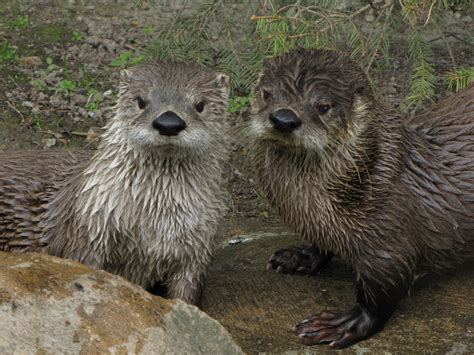 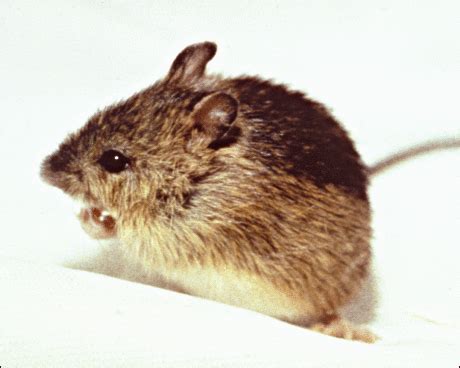 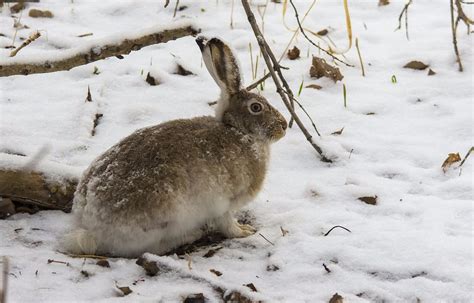 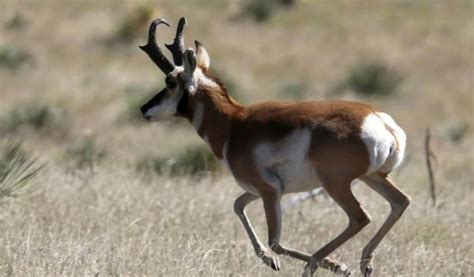 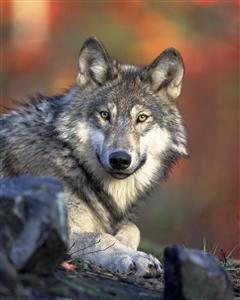 Gray Wolf
Once distributed statewide, the Gray Wolf is now gone from Colorado. The last were killed by about 1935. There once were 380,000 wolves in the norther Rockies: today 4,000 remain. Rachel Carson started her work in fighting poisoning of U.S. wolves. PHOTO Colorado Parks & Wildlife 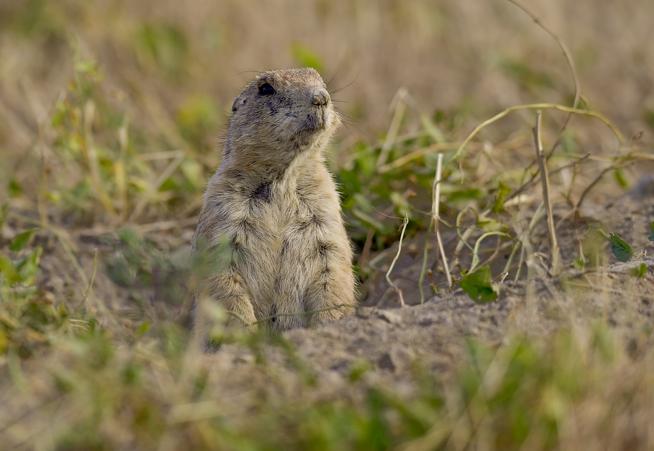 Black-tailed Prairie Dog
A prairie dog peers out from a burrow in a field near Weld County Road 3 July 2017. Keystone Species. Candidate for listing under ESA. 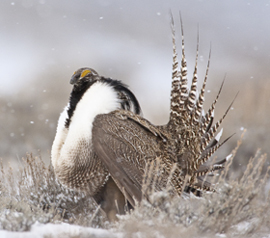 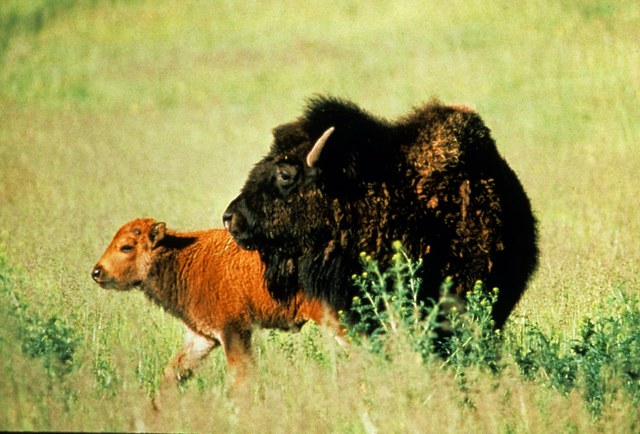 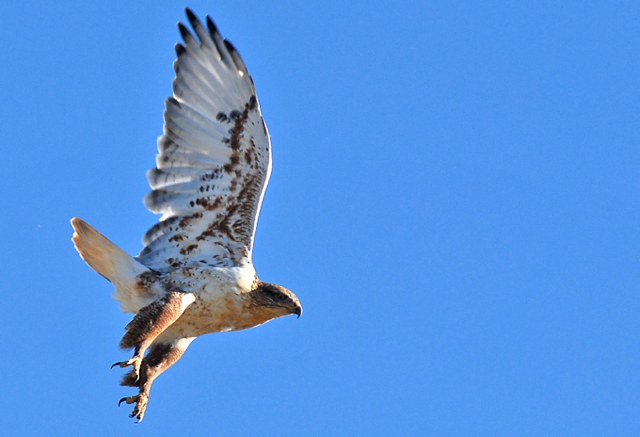 Ferruginous Hawk
Wintering numbers have declined 95% in eastern Boulder County since 1990, and there are no plans in place to protect their foraging habitat. PHOT CREDIT Steve Jones 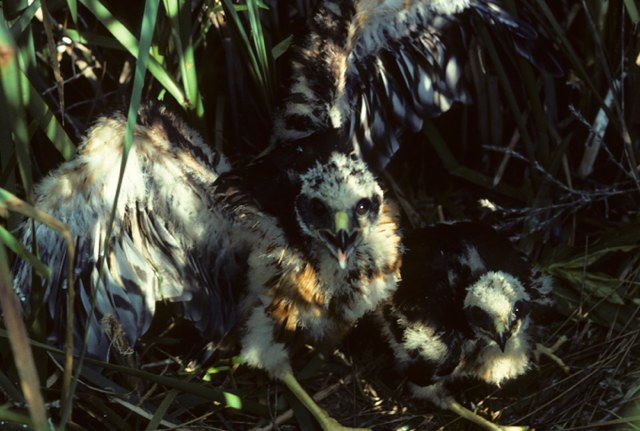 About Rights of Nature

More than a quarter of species assessed by the International Union for Conservation of Nature are threatened with extinction, says a report released 1-28-20 — 27% of the 112,432 species sampled.
The world loses a species about every ten minutes.
The global wildlife population has fallen by 60% since 1970. (World Wildlife Fund)
A total of 1 million species are at risk of extinction.
E.O. Wilson has predicted that 25% wild species will survive to the year 2100.

Half of natural ecosystems are now destroyed.
Roughly 50% biomass remains that existed before humans dominated the planet’s ecosystems.
Only 20% of the world’s wild ecosystems (biotic communities) remain intact and undisturbed.
In terms of habitats, the deepest loss is of wetlands, which have drained by 83% since 1700.

95% of the original U.S. forests have been cut.
440,000 miles of logging roads run through our national forests alone.
That is more miles than the interstate highway system and would run from DC to San Francisco 150 times.

More than 95% of U.S. land in the lower 48 has been modified.
Three-quarters of all land has been turned into farm fields, covered by concrete, swallowed up by dam reservoirs or otherwise significantly altered.
75% of rivers and lakes are used for crop or livestock cultivation.
50% all rivers worldwide have been dammed.
Iowa, North & South Dakota, Nebreska and Minnesota have all lost 99% pre-European grasslands.
Grazing areas for cattle account for about 25% of the world’s ice-free land.
29% earth’s surface is land. 40% of that land (which is ice-free) is given up to agriculture & grazing; 45% of that land for animal feed + biofuel.
The U.S. throws away 1/3 food produced.

The wild population of vertebrates worldwide is down 60% from 50 years ago.

2 in 5 amphibian species are at risk of extinction.

40% or more insect species are at risk of extinction.

More than 70% of the world’s flowering plants and 35% of the most important food crops rely on pollinators.

75% mammals are endangered by human acitivity and threatened by loss of forest habitat.
60 million Bison and 20 million Pronghorn were killed.

According to the national Audubon Society, nearly half of North American bird species are at risk of losing habitats by 2080 due to climate change.
Back in 2006 138,000 cell phone towers killed 27.6 million migratory birds annually.

Only 3% of marine areas are free from human pressure.
Two-thirds of the marine environment has also been changed by fish farms, shipping routes, subsea mines and other projects.
80% fisheries were fully exploited between 1950-2000.
Industrial fishing takes place in more than half the world’s oceans, leaving 33% of fish populations over-exploited.
Since industrial fishing began in the early 1950s, 90 percent of the world’s large ocean fish — such as sharks, cod and swordfish — have been lost.
90 percent of the planet’s fish stocks are now either fully exploited or overfished.

Researchers say we’ll need to safeguard at least 30 percent of the oceans by 2030.
But our track record so far is pitiful: Less than 4 percent of the ocean is protected.
Since 1950’s oceans absorbed more than 90% greenhouse heat — or earth might have heated up 36º F not 1º C.
Reefs cover just 1% ocean floor yet support 25% fish species.
Scientists have found that 90 percent of the world’s seabirds, a third of the sea turtles, and over half of all whales and dolphin species have ingested plastic.
Every year, more than one million birds and 100,000 marine animals die from ingesting or becoming ensnared in plastic or other marine pollution.

Airplanes cause 30 times the greenhouse emissions of rail and 5 times that of trucks.
In 2014 Americans drove 344 million miles every hour in the U.S.
3-8 parking spaces exist for every single car.
3 tons of concrete per person are produced every year worldwide.
Food production equals 25% global greenhouse gas emissions.
Grazing areas for cattle account for more than 18% of global greenhouse gas emissions.
The average American eats 130# meat annually.
In 2018 ~228 million Americans watched video content at a rate of 80 minutes daily … That accounts for 1.3 billion kg/year co2 emissions.

Globally 70% E-waste is not recycled.
The manufacture and assembly of hard drives and computers is extremely toxic.
The average computer takes 2 tons of raw materials: 520# fossil fuels, 48# chemicals, and 3600# water.
1 2 gram memory chip takes 4# fossil fuels + chemicals and 70# of water.

75 percent of fresh water resources are devoted to farming and fishing.
1 pair of cotton jeans requires 2900 gallons of water in its manufacture.
1 cotton T shirt requires 5,000 gallons water.
If fashion production maintains its current pace and mode, demand for water would surpass world supply by 40% by 2030.

HOW DID WE GET ALL THE WAY TO HERE?

CLEARLY THERE’S A LOT THAT CAN BE AND NEEDS BE DONE!

Rights of Nature is an integral piece of the current conservation movement. The concept has taken off around the world since Ecuador recognized Nature’s rights in its constitution in 2008. Yet in most places in the United States Nature is still treated as property: legally it is a commodity.

Pollution and environmental destruction are not illegal in this country. Our current environmental regulatory laws such as the Clean Air Act, the Clean Water Act and the Toxic Substances Control Act simply regulate how much can be exploited by whom. These laws actually authorize and legalize the destruction of the natural world. These Acts allow permits and licenses to pollute and degrade or destroy nature. Countries like Spain, France, Portugal and Finland have already recognized a human right to a healthy environment.

Boulder started acquiring open space for the mountain park system in the 1890’s. Boulder County today is made up of 50% public lands. Boulder Rights of Nature (BRoN) is working to get “rights of nature” established as law in one or more jurisdictions in Boulder County and beyond. (To see our draft ordinance, click here.)

We are currently researching legal frameworks such as a resolution to protect Boulder Creek Watershed. We are also pursuing a Colorado Green Amendment (like the one enacted in Pennsylvania) with Delaware Waterkeepers and Boulder Waterkeepers; a Climate Bill of Rights for Longmont (like the city of Lafayette’s) with the Colorado Community Rights Network; establishing and preserving habitat or land connectivity through biological and wildlife corridors in Boulder County with ESC (Endangered Species Coalition); halting the expansion of Gross Dam with TEG (The Environmental Group) and Save Boulder County; saving prairie dogs, a keystone species and apex prey, with Prairie Protection Colorado; and preserving and restoring the waterway and wildlife movement corridor through the city of Longmont with Stand With Our St. Vrain Creek. Finally, we are researching using the concept of the Public Trust Doctrine in other endeavors to protect the rights of Nature.

In all this we are aligned with the Arapahoe tribe and “Toward Right Relationship with Native Peoples.” Like cultural diversity, the value of biodiversity is still not recognized in the U.S. Indigenuous culture was once essentially the worship and respect of Nature. But nowhere is there a law today that culture has a right to survive. The environmental, indigenous and social justice movements must be combined. Like slavery and the suppression of women’s rights, the abuse and ownership of Nature could and should be outmoded.
“The latest U.N. report confirms what Indigenous communities and those asserting ‘community rights’ have known all along: That the best defenders of Nature and biodiversity are the communities themselves; and that the best way to protect Nature is for those communities to have the legal authority to recognize ecosystems as having rights and to veto harmful development projects,” said Thomas Linzey, executive director of the U.S.-based Community Environmental Legal Defense Fund (CELDF).

Finally, the transition to clean energy needs to be about more than curbing climate change.
It should also protect wildlife and wild places.

Rights of Nature Laws have been passed in Lafayette, Colorado, the Ponca Nation of Oklahoma, the Chippewa Nation in Minnesota; for Great Lake Erie, the Te Urewera Forest and Whanganui River in New Zealand, The Colombian Amazon,The Páramo in Pisba, a high Andean ecosystem in Colombia, The Ganges and Yamuna Rivers in India, the White Earth Band of Minnesota Ojibwe adopted the Rights of Manoomin, or wild rice; and in countries including Ecuador, Bolivia, Nepal, India, Cameroon, Colombia, and Australia. Constitutional Green Amendments exist in Pennslyvania and Montana; and are proposed for New Jersey, New York, Maryland and West Virginia.

We are the first humans to consciously destroy the environment, notably through human-caused climate change. Boulder Rights of Nature believes that living in balance and harmony with nature is essential for life and well-being for all species, and for the integral functioning of the ecological systems that give life to all.

Our relationship with nature says a lot about who we are, and who we want to be.

Who wants to live in a world without Blue Whales and butterflies?

Aldo Leopold – “We abuse land because we regard it as a commodity belonging to us. When we see land as a community to which we belong we may begin to use it with love and respect.”

Chief Seattle, Puget Sound Suquamish – “This we know: the Earth does not belong to man. Man belongs to Earth.”

Ansel Adams – Once destroyed, Nature’s beauty cannot be repurchased at any price.“

Boulder Rights of Nature is a 501c3 organization and donations are tax deductible.

Here’s how to join Boulder Rights of Nature and support naturally functioning ecosystems and native species.

Have questions about BRON and our goals? Want to send us comments or suggestions? Please send an email to OR send us a letter at Boulder Rights of Nature, Box 2209, Boulder, CO 80306
↑